When will tourism in SA open again?

“It will not be business as usual in the tourism sector in the post-COVID-19 era,” he said, appealing to the TBCSA to tailor-make tour packages for SADC, Africa, and Brics countries.  “This will be one of the strategies boosting regional tourism and supporting the recovery and sustainability of the tourism sector in the foreseeable future.” — Supra Mahumapelo, chair of Parliament’s Tourism Portfolio Committee

Before we get to Mahumapelo’s statement, it’s important to realise that — under Level 3 of the Lockdown — tourism has already been opened with the addition of business travel to permitted activities.  And for many tourism businesses, the business tourist was what they relied upon most.  (Of course, under Level 4, there was some accommodation business through essential workers, isolation, etc.)

It is likely that business tourism will start slowly and will take a long time — years not months — before it ever gets close to what it was pre-Covid-19.  The Airports Company, in a presentation to parliament — said traffic is likely to still be down 20% on 2019 figures in 6 years time.  In the first two months of the State of Disaster, many companies realised how much they can do with video conferencing, and travel expenses will be looked at very carefully in a crisis economy.  (Government will probably be the biggest user of air travel… because it’s at taxpayers’ cost.)  I recall Johann Rupert saying about 10 years ago that he ran his global empire largely through video conferencing from home in Somerset West.

Saving one tourism business at a time 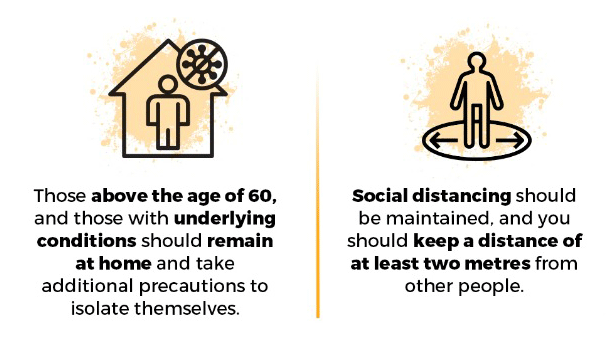 CapeInfo also took a very hard look at what we could do to help our clients, and we discovered that Self-catering accommodation is not specifically included in any government restrictions (although AirbBnB was and still is).  Self-catering properties account for over a third of CapeInfo’s 4,000 accommodation listings.  We wrote to all our clients over a month ago suggesting that self-catering properties should look for long-term guests for the next year.

Taking our cue from the Government directive that “Those above the age of 60 and those with underlying conditions should remain at home,” CapeInfo started to promote self-catering to that group.  A self-catering cottage on a farm or at the beachside will be a far better place to sit out the crisis than in a city which is the epicentre of a disaster. It addresses both mental and physical health.

Not everybody can afford this, but there are many who can and who can be contributing to saving the tourism infrastructure and livelihoods in other areas.  The next few months will be a very tough time.

CapeInfo’s home page addresses our Covid-19 responses and properties providing accommodation for business travellers or essential workers, isolation or long stays can identify themselves on CapeInfo as offering these services.  They are businesses whose full contact details are shown and all bookings are free of commissions..  While final bookings may go through an online booking engine, we believe that all arrangements should be made person-to-person through phone, email or chat applications.

Responses by the Tourism Industry

The minister of tourism provided scant leadership and divided the industry by the affirmative action requirements for the Tourism Relief Fund.  Her late response for Tourist Guides ended up offering them a payout of R1,500 per month for three months with no affirmative action requirements.  The SA Tourism webinar with the minister to talk to the industry was an embarrassment.  Up until that stage,  the industry had been floundering with nothing concrete to offer.  The minister did say, however, that it was up to the Tourism Business Council (TBCSA) to come up with proposals for an opening of the industry before the planned December 2020 for domestic tourism and February 2021 for international travel.

A week later, another webinar… this was Cape Town Tourism presenting their recovery strategy — and it probably way ahead of any other tourism marketing organisation in SA.  It was excellent!  (The Canary Islands recovery budget of 24 million euros (about R465 million)  was announced on March 3, ten days before Spain declared is State of Alert, to reactivate their main markets later in the year.  Now that’s proactive!)

The TBCSA, along with SATSA and Fedhasa eventually launched the COVID19 Protocols for Tourism Industry Operations. and presented its proposals to Parliament’s Tourism Portfolio Committee last week.  That’s where Supra Mahumapelo, the committee’s chairman was reported as saying, “It will not be business as usual in the tourism sector in the post-COVID-19 era,” he said, appealing to the TBCSA to tailor-make tour packages for SADC, Africa, and Brics countries.  “This will be one of the strategies boosting regional tourism and supporting the recovery and sustainability of the tourism sector in the foreseeable future.” Committee members said that it could be too soon to consider reopening tourism, as South Africa has yet to reach the peak in Covid-19 infections and flatten the curve, which experts estimate could happen around September.

David Maynier, Western Cape’s minister responsible for tourism, told CapeInfo that “The portfolio committee does not have a mandate to determine what source markets the provincial government can or should target for international tourism. We are working hard to open the tourism sector safely, and will continue to target existing markets, and explore new markets.”  Committee members said that it could be too soon to consider reopening tourism, as South Africa has yet to reach the peak in Covid-19 infections and flatten the curve, which experts estimate it could happen around September.

The ANC’s ideologies will ruin tourism, if they are ever implemented, in the same way that they have ruined scores of state owned enterprises.  That’s the only track record the ANC has.

I can’t understand why the TBCSA focused on international travel, when the priority is to open domestic travel and demonstrate what the industry can achieve.  Opening for international tourism is not a matter of just opening the borders — there will have to be reciprocal agreements between each country.  Germany, one of SA’s  key source markets, for example, has said that its borders will remain closed to any country where there is a lockdown still in force.  SA’s lockdown is expected to continue through into 2021  — although Level 1 of the lockdown allows international flights.

And the provinces are at very different stages of the pandemic and preparedness.

Alan Winde, the Western Cape’s premier, is — as far as I’m aware — the only SA politician who is coming through the disaster with a universally high approval rating.  And the province is months ahead of some other provinces.

Will government end the Western Cape’s lockdown before other provinces if its peak is reached sooner and Covid-19 cases are under control?

An important question that needs to be asked, is “Will government  end the Western Cape’s lockdown before the other provinces if its peak is reached sooner and once Covid-19 cases are under control?” The Western Cape’s Covid-19 peak is expected at the end of June and into July, four months before the Eastern Cape in October and November.

Is TAP Air Portugal the first airline to announce scheduled flights into SA with Cape Town as a new destination from November 12, 2020?

If I was the owner or CEO of a big tourism company, I’d bypass the junior bureaucrats at the tourism organisations and start layering up for a legal fight with government, the likes of which have never been seen before.  Tourism does seem to lack the trailblazing titans that I remember from 20 years ago.  (Companies that do have insurance for the losses they are incurring have been told that they are not covered, since losses are not a result of the pandemic, but by governments regulations.)

Government’s delivery is cause for concern

If government cannot deliver on the health infrastructure needed, and SA replays the scenes the world saw coming out of Italy, all hopes for opening international travel sooner will be dashed.  If the economic meltdown creates a social crisis, Brand South Africa will be in tatters.

In a report by the Eastern Cape provincial government, they expect between 5 500 to 6 000 fatalities:  “Based on projections and the data supplied on 14 May 2020, it would appear that the E-Cape does not have enough capability in place to manage the demand of the pandemic. Unless capabilities are exponentially and rapidly increased, the province will experience a situation where the demand will exceed supply.

The cornerstone of SA’s Covid-19 programme was mass testing and screening, and tracing the infected people.  The health minister targeted 30,000 tests a day.  When delays of 14 days for the results occurred, the Western Cape abandoned mass testing because tracing became impossible.  Members of the Medical Advice Committee (MAC) had been calling for the strategy to be revised and they were ignored.

Just as the advice from members of the MAC to abandon the lockdown had been rejected a month before.

One has to wonder if all the irritating regulations coming out of the National Coronavirus Command Council are a smokescreen, to divert attention away from government’s shortcomings, failings and radical economic transformation agendas.  They have certainly taken government’s eye off the ball.  Opening the economy is as important as saving lives, because the loss of lives from a collapsed economy will be the ultimate disaster.