Life goes on… but Hope is not a Strategy

South Africa’s situation is very different to countries which have already experienced the brunt of the coronavirus. 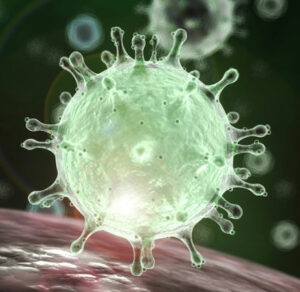 As a country, our economy is in tatters after 10 years of State Capture and mismanagement.  National & local government have often been tourism’s worst enemy, demonstrated by the visa issues and, in Cape Town, the Day Zero messaging during the drought. President Cyril Ramaphosa’s announcement of the National State of Disaster was timeous and bold. But with empty coffers, the road ahead is going to be an almost-impossible balancing act.

The biggest challenge in SA in going to be keeping people alive — not only from Covid-19, but keeping a roof over their heads and food in their stomachs.

“Be fast, have no regrets.”

Dr Michael J Ryan says “the greatest error is not to move” and “speed trumps perfection” when it comes to dealing with an outbreak such as #coronavirus.

The U.S. Centers for Disease Control and Prevention projected that between 160 million and 214 million people in the United States could be infected over the course of the pandemic. As many as 200,000 to 1.7 million people could die in the USA.  German chancellor Angela Merkel said she expects 70% of Germany’s population to become infected.

In South Africa, between 28 million and 40 million people could be infected and between 35,000 and 300,000 South Africans could die, mainly the elderly and immuno-compromised.  In 2015, some 200,000 South Africans over the age of 60 years died, mostly due to old age and disease. There will be significant overlap, with elderly people dying sooner and over a shorter period of time, due to respiratory issues, but the total number of deaths in 2020 might not be much more than in 2019.  (In 2018, according to the WHO, 64,000 South Africans died from tuberculosis – a treatable disease.)

But remember, these are only opinions not facts, and opinion is really the lowest form of human knowledge.  China seems to be past the worst of its crisis, with “only” 0.0056% of its total population infected by the virus.  Italy as of 18 March has reported 0.059% of its population being infected.  In Germany it’s 0,015%.

But in spite of all that, life goes on.  We can slow the virus down — mainly so that health services are not overburdened (as they became in Italy) — but… until a vaccine is developed… it will run it’s course.

The virus appears to be like the common cold and flu — it prefers cold weather, so it is seasonal.  The coming summer in the northern hemisphere should help there, but it could mean that it’s partially dormant in South Africa until winter starts in the coming months.

There is a debate as to how to address the virus before vaccines become available.  Quarantine is likely to be ineffective in the long term and will result in significant economic damage but will slow the rate of transmission giving the healthcare system more time to deal with the case load.

Finding out what’s happening and what the plans are

If you go to the Department of Health’s website, as advised by SA Tourism, you’re going to be sorely disappointed.  Their last update was on 20 February.

Nowhere on the Department of Health’s website does it tell you that they have opened a new website for Coronavirus — https://sacoronavirus.co.za/.  But even that wasn’t kept up to date — the last update was on 15 March until late on 17 March.  The President acknowledged shortfalls in keeping the public informed and promised total transparency.  I hope Finance minister Tito Mboweni heard that — at a session with the media, he refused to divulge how much money is in the Disaster Fund which he will be tapping into to support government’s efforts.

While CapeInfo accepts that South Africa’s biggest challenge is going to be how it affects our poor, our primary focus is tourism, so the impact this pandemic could have on the tourism industry is what concerns us most.  I was disappointed that the President’s announcement paid so little attention to tourism — because it is the one industry that can address so many of SA’s economic and social woes.

What do we know and what has been said?

Minister of Tourism, Mmamoloko Kubayi-Ngubane, on 9 March 2020:  “Simply put, ladies and gentlemen, we do not have the resources to offset the damage that our economy will suffer because of this crisis.

“The question is what is it that we need to do, together, in the short to medium term to minimise the impact of the virus on the tourism sector? Given the uncertainty around the evolution of the spread of this virus, we cannot at this moment provide definitive answers.”

News reports in BusinessLive and News24 carried reports from the industry in the week leading up to the President’s announcing the State of Disaster.  I was astounded at the lack of insight or foresight.

SA Tourism’s CEO statement that domestic travel may be the antidote to the drop in foreign arrivals was mind-boggling!  That wasn’t achieved during last year’s drop in international arrivals and completely ignored the reality of what was happening in the rest of the world.

On 15 March in Fin24, Hospitality body Fedhasa Cape says its member establishments are ready to welcome visitors to the Western Cape despite global travel concerns.

“While we have seen a decline in travellers from affected countries, such as Italy, we’ve seen more visitors from countries such as the US, Canada and Germany. We’ve been pleasantly surprised by the resilience of travellers, and this upswing could be a result of travellers choosing to visit destinations that have not been severely affected by the virus,” says FEDHASA Cape spokesperson Richard Lyon.

I’ve paid particularly close attention to what’s been happening in Spain, and specifically the Canary Islands, one of Spain’s autonomous regions where tourism accounts for about 36% of its GDP.

Spain’s State of Alarm was announced on 13 March, two days before SA’s National State of Disaster was announced.  What has impressed me about Spain’s response has been that, once the decision was taken, they have moved rapidly and changed decisions as they moved ahead.  Their initial State of Alarm was for 15 days.  The following day it was made indefinite.  On the Canaries, meetings were held on the Monday, communicated to central government, and plans were implemented.

On the Canaries, they have basically locked the whole Island down.  All visitors are being repatriated, in the friendliest possible way so the brand isn’t damaged.  Flights between the Islands and the rest of the world have been drastically reduced (115 daily flights to 18), and only for essential travel.  Aircraft, most of which have six seats in a row, may only carry 2 passengers per row, to allow social distancing.

Everybody has been encouraged to work from home.  By Tuesday, the Minister of Public Administrations announced that about 80% of the public staff of the Autonomous Community work from their homes,  while the remaining 20% ​​have gone to their usual jobs.

The only permitted reasons for being outdoors is to get to or from work, to buy groceries and medicines, to put fuel into a vehicle, to visit elderly or sick, or to walk your dog.  (I love the Spanish!)  Big fines are levied for anyone who transgresses this.  On the first day this was introduced, a couple jogging were the first to be stopped.  Spain is serious about implementing its laws.

On 3 March, the Canaries minister of tourism, industry & commerce had announced that 24 million euros (about R430 million) was  being budgeted for promotion to reactivate their main markets later in the year.

Following their State of Alarm, a trickle of large companies throughout Spain immediately announced that they will be implementing “ERTEs,” a temporary layoff of workers. At least 100,000 people face temporarily losing their jobs.  On the Canaries, the first “ERTEs” came from schools which had been closed, and the layoff period for these was 14 days.

When supplies of hand sanitizer on the Canaries ran out on Monday, the Military Pharmacy was instructed to prepare additional supplies.

On Tuesday, the President of the Canary Islands Government, Ángel Víctor Torres, described the measures adopted by the Central Executive  as “brave”.  It is also the “greatest economic injection ever” made by the central government, motivated by “circumstances that have never been experienced before,” amounting to about 200 billion euros, according to the news website eldia.es.

What is being planned to support South Africa’s economy and citizens?

I spent three days trying to find someone who has a plan.  I contacted the ministries at the national Department of Tourism and Western Cape Department of Economic Opportunities, Wesgro, City of Cape Town, and Cape Town Tourism.  All I found were consultations with stakeholders, workstreams, and lots of talk.

Given the speed which other countries are responding to the crisis, I was appalled.  I had a heated discussion with one politician who rattled off a long list of “plans” because they were no more than engagements.  A plan is not a plan until it has a timeline and budgets.

A Whatsapp voice message from the Western Cape department of economic development & tourism on Tuesday evening said the following: (click on the arrow below)

After a month of work there are no concrete plans or timelines?  Nothing at all?  I’m sorry, that’s not good enough.

Western Cape premier, Alan Winde, in his regular video talk to citizens the following morning had the following to say about tourism,:

This seems somewhat at odds with his economic development & tourism department.

What can you do?  Use the opportunity to completely restart the way we do things…

It really is a crazy and untenable situation when almost the only group who are not economically distressed during the coronavirus crisis are public sector employees.

In 2009/10 to counter World Cup price gouging, and in 2017 during the drought, CapeInfo promoted accommodation establishments which were offering fair prices and those who were independent of their municipal water supplies.

For the current National State of Disaster, we plan to identify accommodation establishments which offer suitable accommodation and commit to the necessary health protocols for country getaways.  Tourism will go on.  As more and more city attractions close, and self-isolation takes grip, city people will need an escape from cities and a healthy dose of space, relaxation and open air.  They might also suitable for guests who want to self-isolate.  The requirements are:

The Spanish peninsula decided to follow the Canaries example and is busy closing all hotels.  As soon as we receive confirmation that nothing similar is planned here, we will write to all CapeInfo’s member establishments inviting them to participate in this promotion.